September 19, 2016
Diabetes mellitus is characterized by abnormally high levels of sugar (glucose) in the blood. When the amount of glucose in the blood increases, e.g., after a meal, it triggers the release of the hormone insulin from the pancreas. Insulin stimulates muscle and fat cells to remove glucose from the blood and stimulates the liver to metabolize glucose, causing the blood sugar level to decrease to  normal levels . In people with diabetes, blood sugar levels remain high. This may be because insulin is not being produced at all, is not made at sufficient levels, or is not as effective as it should be. The most common forms of diabetes are type 1 diabetes (5%), which is an autoimmune disorder, and type 2 diabetes (95%), which is associated with obesity. Gestational diabetes is a form of diabetes that occurs in pregnancy, and other forms of diabetes are very rare and are caused by a single gene mutation. For many years, scientists have been searching for clues in our genetic makeup that
1 comment
Read more 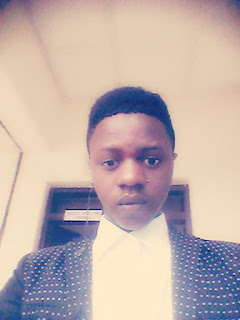 Know When To Acknowledge Failure

September 19, 2016
I will start by saying failure is not a disease and at one point in our life we do fail. The problem right now is the fact that majority if not minority have succumbed to a mentality of trying to be politically correct by acknowledging all failure as just and right. I will saying owning to my belief that not all failure are worth acknowledging. During my second year in the university that was second semester, there was a particular course that was causing tantrum in my department many if not all came to me and they where like"wizzy(my nickname back then) I don't see myself passing this course, I will just write it next year" when I hear statement like that I do feel disgusted and a feeling of smashing their face in the wall for such ridiculous statement(just a feeling am not violent). Instead, I just calm down with a stern statement saying "how sure are you that next year will be better than this year" then I walked away. My point of argument is such failur
Post a Comment
Read more

Wisdom Okogho
My name is Wisdom Okogho. I graduated from Delta State University, Abraka. I studied Pharmacology. I am an health enthusiasts and a entrepreneur